Most people do not set out to get addicted to drugs of any kind. However, there are circumstances that may warrant an addiction concerning prescription pills if not cautiously used. Today, we at Meehab Addiction Recovery would like to touch on the most common prescription pills that can get people addicted. Consider that medication is safely used by everyone just because pills are prescribed by a doctor and administered by a pharmacy. If misused, anyone has the potential to become addicted.

The most widely abused pharmaceuticals fall into three categories:
– Opioids: Used for short term or chronic pain, their pain-killing abilities produce a sought-after euphoric effect.
– Central nervous system depressants: This group involves the tranquillizers and depressants, with their calming and relaxing effect are some of the most abused drugs.
– Stimulants: This class increases brain activity, which elevates alertness and energy.

Xanax (alprazolam): A benzodiazepine usually prescribed to treat panic disorders and severe anxiety. By depressing the user’s abnormal central nervous system, it calms. Many, with or without a prescription, abuse the drug due to its fast-acting sedation and relaxing effects.
Klonopin and Valium: Klonopin and Valium are often misused for their sedative effects, much like Xanax. However, the effects are comparable to the results of alcohol, including feelings of drunkenness, talkativeness and relaxation. Because of the desirable effects, they are extremely habit forming and with over use can cause blackouts or fatalities.
Oxycodone: Commonly sold as OxyContin and in combination as Percocet, this is an opioid that transforms the way the brain and central nervous system respond to pain. Creating a state of euphoria and a sedative effect, these pills can cost hundreds of dollars a pill. Addicts often have to steal to afford the habit.
Demerol and Darvocet: Demerol and Darvocet are commonly abused painkillers. The immediate side effects are not the only danger, but users often develop a tolerance to the drugs’ effects, resulting in the desire to achieve the same effects to which they increase the dosage. Painful and possibly even violent withdrawal symptoms are most likely.
Codeine (Purple Drank): To assist reducing a cough and pain, Codeine is often used in combination with other medications. Found in prescription-strength cough syrup, it has a sedative effect and can cause altered levels of consciousness when taken in excessive doses.
Amphetamines (Speed): Amphetamines, in simplistic terms is known as speed, is prescribed for conditions such as attention-deficit hyperactivity disorder (ADHD) and narcolepsy where focus and wakefulness are needed to combat symptoms.
Ritalin: Ritalin, which is similar to Adderall, is a stimulant that affects the central nervous system by increasing levels of dopamine (a hormone that heightens attention) in the brain. 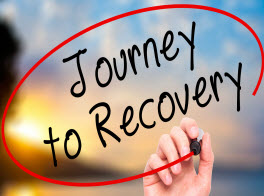 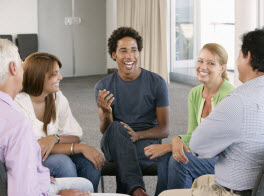